History of the German Shepherd Dog

from the German Shepherd Dog Club of America

In 1889 Captain Max von Stephanitz began the standardization of the breed. It all started at a dog show in Karlsruhe in western Germany. A medium-sized yellow-and-gray wolflike dog caught his attention. The dog was of the primal canine type, supple and powerful, and possessed endurance, steadiness, and intelligence. He was a working sheepherder, requiring no training other than direction and finish to become proficient at the task. This dog, Hektor Linksrhein, was purchased by von Stephanitz, renamed Horand von Grafrath, and became the first registered German Shepherd Dog.

Von Stephanitz founded the Verein für Deutsche Sch·ferhunde, SV, becoming the first president, and in a short period of time achieved the standardization of form and type in the breed. A standard was developed based on mental stability and utility. The captain's motto was "Utility and intelligence". To him beauty was secondary, and a dog was worthless if it lacked the intelligence, temperament, and structural efficiency that would make it a good servant of man. A breed standard was developed as a blueprint dictating the exact function and relationship of every aspect of structure, gait, and inherent attitude.

Von Stephanitz inbred heavily on Horand and also Luchs, his brother, to consolidate the bloodline. Horand's best son, Hektor von Schwaben, the second German Sieger, was mated with his half-sister as well as through daughters of his own sons, Beowulf, Heinz von Starkenberg, and Pilot III.

The First German Shepherd Dog is Exhibited in America - 1907

Mira von Offingen, imported by Otto Gross, was shown by H. Dalrymple, of Port Allegheny, Pennsylvania in the open class at Newcastle and Philadelphia. The first championships awarded German Shepherd Dogs was in 1913.

The German Shepherd Dog Club of America is Born in 1913

In 1913 the German Shepherd Dog Club of America was formed by Benjamin Throop and Anne Tracy, with 26 charter members.

With the end of World War I came a new appreciation for the breed. The German Army had made good use of the breed as a war dog. Tales told by returning U.S. fighting men, some bringing shepherds with them, and the intelligence and striking appearance of the dogs caught the attention of the general public. Rin-Tin-Tin and Strongheart, whose movies played on variations of the "boy and his dog" theme, shot the popularity of the breed sky-high. Puppy factories flourished to meet the demand, gutting the American market with poor quality "German police dogs", resulting in a down-turn in popularity of the breed.

Serious breeding did continue such as by Mrs. Harrison Eustis, of Fortunate Fields Kennels, in Switzerland. Her approach was completely scientific with exhaustive research of breedings undertaken. The most widely known usefulness to which her dogs were put was as guide dogs for the blind at the famous Seeing Eye in Morristown, New Jersey.

In 1922 Germany introduced a system of regular breed surveys - a criticism of each dog, with a graded description and recommendation for (or against) breeding. This type of system never caught on in America due largely to the cultural differences inherent in American society. However, good dogs were still produced as German dogs were easily available for American dollars highly sought after in inflationary Germany.

The German Shepherd Dog was widely sought after during World War II, employed by Allied and Axis forces, as mine detectors, sentinels, guard work, messenger, and other services. In America, Dogs for Defense was formed, providing thousands of dogs to the army.

The paths of German and American shepherds diverged after World War II. The Americans continued largely with the Pfeffer and Odin lines while in Germany the breed was in poor shape. Many dogs had been killed or destroyed due to lack of food. The best that was left was bred, frequently outcross breedings, since there was no great selection of line-bred stock. Soon the breeders had individual dogs dominant in the desired virtues. They then began to line-breed or inbreed so that by about 1949 quality specimens began to appear at German shows. The pedigrees of these "new" dogs were largely of the result of "type" breeding without the influence of Pfeffer but having the great dogs behind him. Prepotent sires emerged, Axel von der Deininghauserheide, Rolf vom Osnabruecker-land and Hein v. Richterback, representing preserved pre-war genetics.

Through Pfeffer, American breeders established a beautiful type. This was concentrated by inbreeding, and in combinations with descendants of his half-brother Odin vom Busecker-Schloss. Many well-known kennels of the day, utilizing these lines were Long-Worth, founded by Lloyd Brackett, Liebestraum, owned by Grant Mann, and Hessian, owned by Art and Helen Hess. 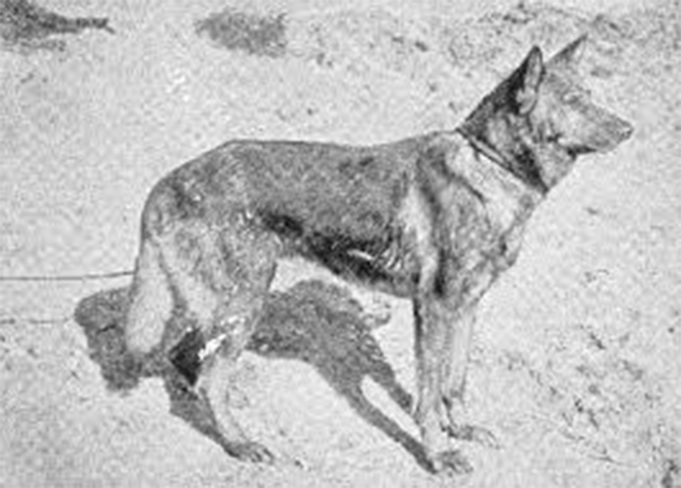 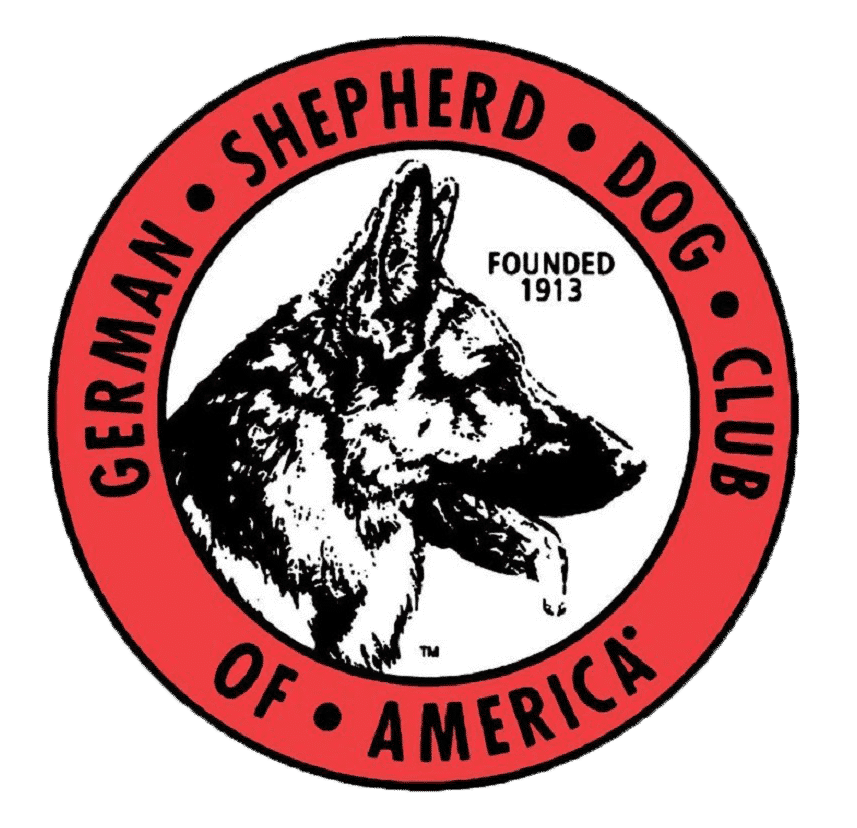 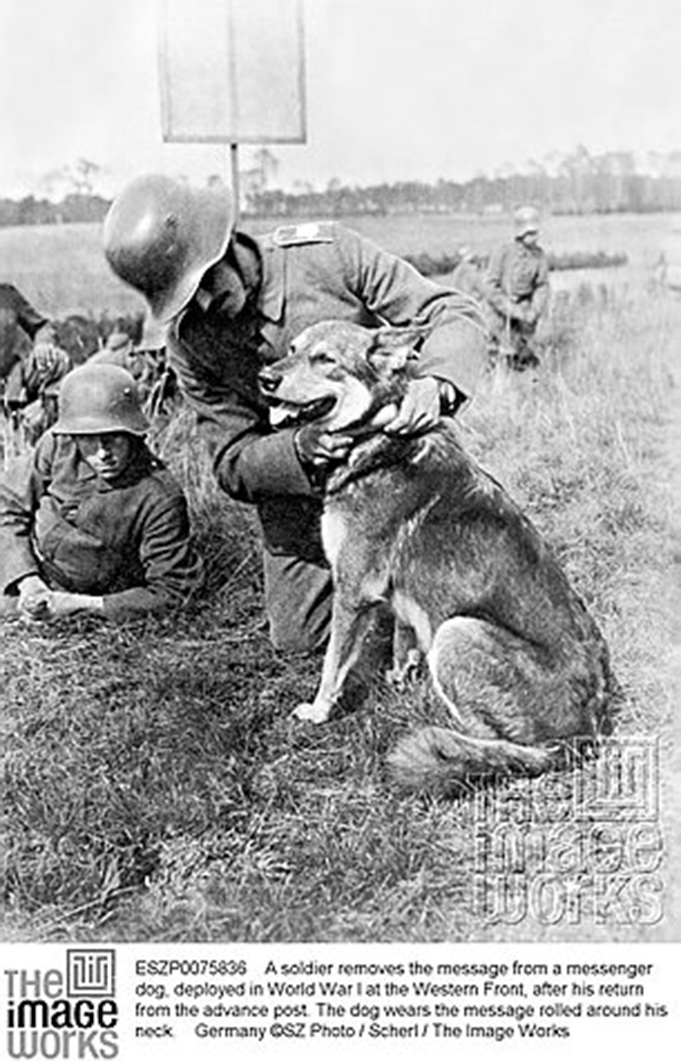 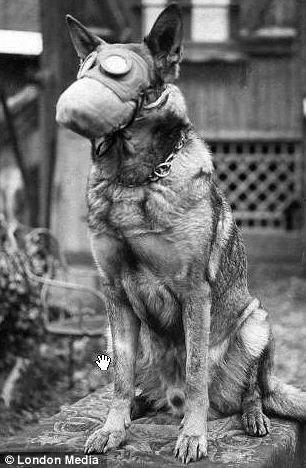